No take vs marine park

"On average, legal-sized lobster were eleven times more abundant and biomass 25 times higher in the no-take area compared to the partial protection area"

This page summarises the report: Long-term trends in lobster populations in a partially protected vs. no-take Marine Park published in the Biological Conservation Journal in 2006. 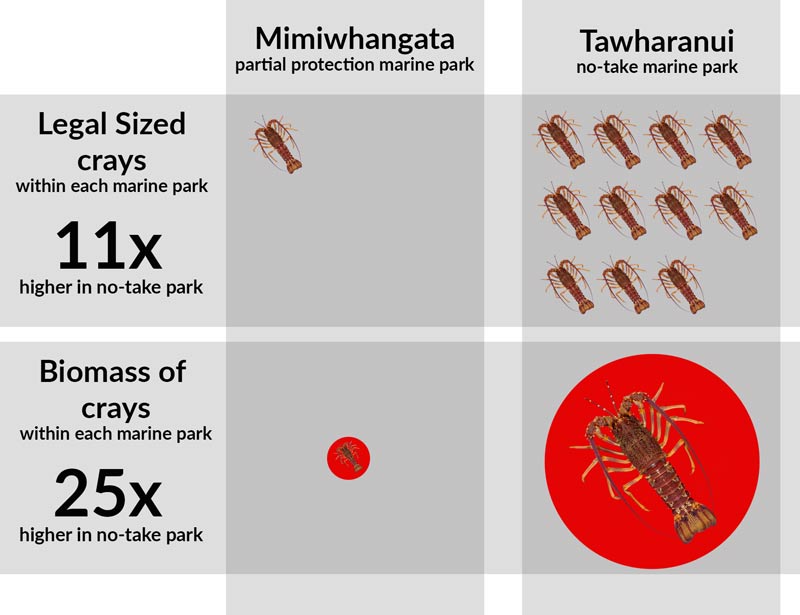 The physical habitats within both marine parks are similar and consist of large areas of shallow rocky reef, boulder fields, and soft sandy sediment. The biological habitats on shallow reefs are typical of moderately exposed sites in northeastern New Zealand

Long term data were collected 1977-2005 from before and after establishment of both marine parks.

An unequivocal example of the recovery of crayfish populations in no-take MPAs, that clearly demonstrates that allowing recreational fishing in MPAs has little benefit to populations of exploited species such as crayfish