Like possums and stoats on land, these guys have huge potential to wreak havoc on our native marine life.
Let's keep them out of the Bay of Islands! 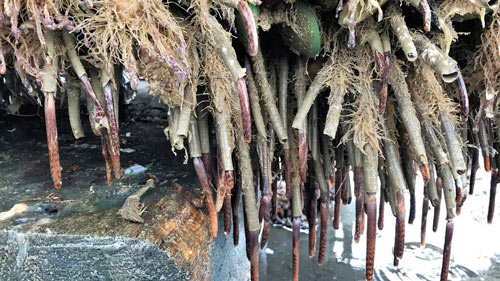 Marine invaders are one of the great threats to the world’s oceans, arguably more sinister than land-based pests.

Below are nine of the alien species not known to have established in the Bay of Islands - but which we should be most concerned about.

If you suspect you have found any of these species in the Bay of Islands, or elsewhere in Northland, put a sample into a plastic bag, place in fridge, and contact Northland Regional Council (0800 504 639) or Ministry for Primary Industries (0800 80 99 66) 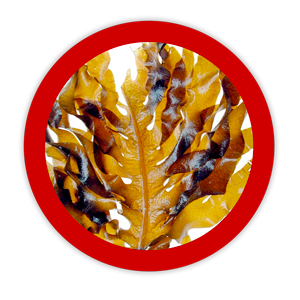 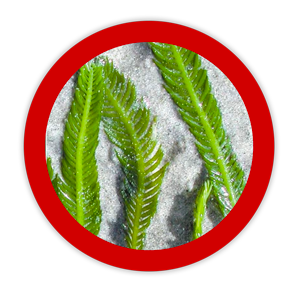 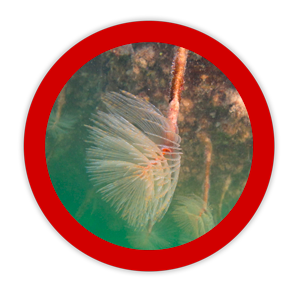 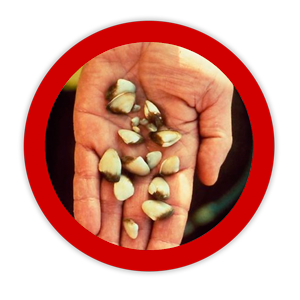 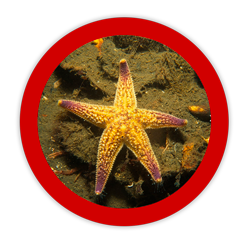 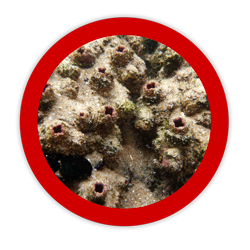 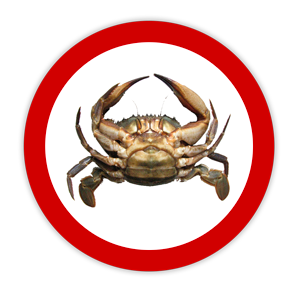 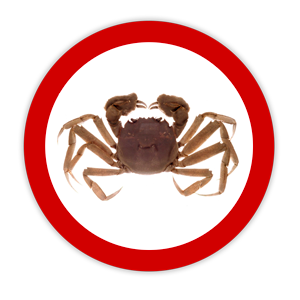 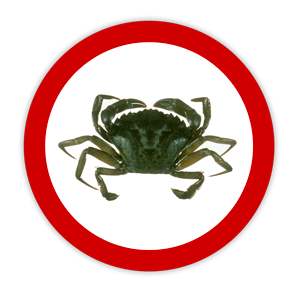 What we can do to avoid spreading marine pests

Learn more here about the main ones that threaten the Bay of Islands....

Learn more here about the main ones that threaten the Bay of Islands....

By 2010, more than 300 marine alien species had established in New Zealand, well over a hundred of them in Northland. Vessels - from overseas as well as from other parts of the country - have been the main vector.

What follows are some of the alien species not known to have established in the Bay of Islands - but which we should be most concerned about.

Undaria seaweed (Undaria pinnatifida) Photo: Northland Regional Council This kelp has already established in many ports and harbours to the south, including Whangarei and Auckland. In 2014 Undaria was found in Rangaunu Harbour and has since been found in Houhora and Parengarenga harbours. Eradication attempts were made at the initial incursion site but the seaweed was soon found to have spread too widely to control.

Undaria is a highly invasive and opportunistic seaweed which spreads mainly as fouling on boat hulls and other submerged equipment. It can form dense stands which lead to the exclusion or displacement of native plant and animal species, and can change the structure of ecosystems, especially in areas where native seaweeds are absent. One particular concern is that, although Undaria is consumed by sea urchins, it might win out over native seaweeds in colonising the kina barrens of the Bay of Islands - should marine reserves ever be established here. 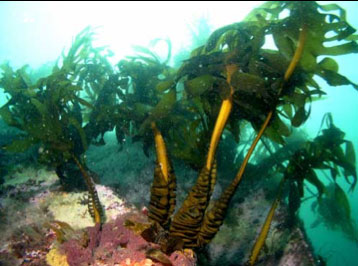 Left: Undaria seaweed (note the midrib on the frond and the frilly sporophyll at the base). Photo: Northland Regional CouncilUndaria grows from the low intertidal to about 15 metres depth on both sheltered and exposed shores, and may reach a metre or more in height. Its key characteristics are the midrib of the lamina (frond) and, when mature, the frilly sporophyll at the base. Keep a keen watch for it: early detection and immediate eradication is the only way we’ll keep this nasty out of the Bay.

Caulerpa seaweed (Caulerpa taxifolia) (there are native species that look similar)Photo: Northland Regional Council The aquarium strain of caulerpa is a rapidly growing and particularly invasive marine weed that survives in a wide range of water temperatures, depths and substrates - including rock, mud and sand. It is bright green with feather-like fronds and has long horizontal runners (up to 9 metres) supporting many upright fronds.

The most likely way for caulerpa seaweed to arrive is through importation for use in aquariums, with later release into the wild.

Mediterranean fanworm (Sabella spallanzanii) Photo: Northland Regional CouncilThe Mediterranean fan worm is typically found in harbours and estuaries, living to depths of between 1 and 30 metres, and can grow to over 40-centimetres high. The worm has a single spiral fan which extends out of the top of the tube, the tube being tough and flexible and often muddy in appearance.

These worms have become established in Parua Bay and other sites in Whāngarei Harbour since the initial incursion in 2012. There have been a number of vessels with fanworm on their hulls found in the Bay of Islands, but prompt action has meant the species has not taken hold.

The Mediterranean fanworm forms dense colonies that could affect native species by competing for food and space. The presence of dense colonies changes the underwater scenery of an area, potentially impacting on dive tourism.

But they are a particular threat to biogenic habitats like horse-mussel beds, and commercially and recreationally important species like scallops and mussels. They will settle and grow on bivalve shells, weighing them down and competing for food.

Asian clam (Potamocorbula amurensis) Photo: Northland Regional CouncilThis shellfish has a distinctive uneven overbite and is found in estuaries and brackish waters. The shell is 2-3-centimetres across and is a dirty white, yellow or tan colour. Asian clams can live in both freshwater and saltwater, where they form dense mats displacing native species and changing seafloor/riverbed conditions. This clam is thought to have been responsible for the collapse of commercial fisheries and decline in the diversity and abundance of many benthic species in California.

Northern Pacific seastar (Asterias amurensis) Photo: Northland Regional CouncilThe Northern Pacific seastar reaches 40 centimetres in diameter and has distinctive upturned tips to its five pointed arms. It is mainly yellow, but often has purple or red detail on upper surfaces. This seastar is most likely to be found in coastal areas protected from wave action, on soft bottoms, rocks and man-made surfaces. A voracious feeder that, while preferring mussels, scallops and clams, will prey on a wide variety of marine life. It can survive and breed in a wide range of habitats.

Asian paddle crab (Charybdis japonica) Photo: Northland Regional CouncilThis paddle crab is typically found in estuaries where there is firm sand or muddy fine sand. Adults have a shell width of around 12 centimetres, and six distinct spines on each side of the eyes. They range from pale green through olive green, to a deep chestnut brown, with purplish markings on the carapace. These crabs are very aggressive and potentially compete with native crabs for space and food. The Asian paddle crab is fairly widespread in Northland; locally, it was found near Paihia in mid-June 2012.

Chinese mitten crab (Eriocheir sinensis) Photo: Northland Regional CouncilThe Chinese mitten crab is a light-brown crab up to 8-centimetres across. It has a round body and a distinctive notch between the eyes; its legs are twice as long as its body width; and adults have dense patches of hairs on their claws. Postlarval stages settle in saltwater then migrate into freshwater to develop. The Chinese mitten crab can undermine the integrity of stream banks and shorelines through their burrowing. It can also carry a parasitic lung fluke which is passed to humans.

European shore crab (Carcinus maenas) Photo: Northland Regional CouncilAlso known as the European green crab, this crustacean has a broad diet and can survive in a wide range of environments. The crab is up to 9-centimetres across, and has five distinctive spines on either side of the eyes. The upper body is mottled dark brown to dark green, with small yellow patches; the underside varies from green to orange or red. This voracious predator has potential to devastate shellfish populations.